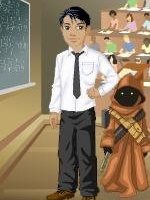 Steve is a retired rehabilitation counselor who now writes and does freelance consulting projects as requested. He is writing this blog to share the changes that have occured in his spiritual life since being ordained as a Subdeacon, a minister of God, in October of 2010.

He was born in Doylestown, PA and raised in the greater Philadelphia area (Pitman NJ) and spent summers in Maine at a Boys Camp founded by his Grandfather called Camp Kathadin. Steve was baptized a Presbyterian and had significant influence from Quaker traditions. Camp Kathadin had a Quaker Circle that celebrated the traditional Quaker service of silence with attendees witnessing or speaking as the Holy Spirit moved them. He studied rehabilitation psychology, eastern myticism and meditation in college and met a wonderful Maronite Lebanese women and converted to Maronite Catholic when his first son was Christened. Both faiths have a Trinitarian basis for explaining God and so fit with his life time faith.

He has volunteered at St Joseph Maronite Church as a choir member, religious education teacher, Parish council President and Lector. He was ordained a Lector, Cantor and Subdeacon in the Maronite Catholic Rite on October 24, 2010. He continues to serve the Divine Liturgy as time permits.

This site transforms some of his thinking and awareness from the original site he created in 1997 Stephen’s Thoughts and Things . You can get more informaiton about his professional career at his LinkedIn profile

One thought on “About Stephen”

This site uses Akismet to reduce spam. Learn how your comment data is processed.